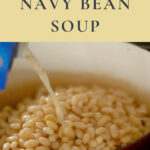 This really is the best Nave Bean Soup. It’s so very rich and full of flavor (because of my super-secret ingredient). Your entire family will be asking for more!

My family loves Navy Bean Soup. It’s sort of a joke around our house that every time I make this soup, my husband says, “I could eat this every day. Seriously, I could eat it every single day.”

I have a feeling he wouldn’t be so happy if I actually served it seven days a week, but it’s a pretty big compliment coming from him. He works for a world-class restaurant company, so when he loves something I make (and calls it “the best Navy Bean Soup ever”), I feel pretty awesome!

Honestly, this soup really is very tasty. The broth is rich and flavorful, and the beans are creamy and delicious. Plus, it’s super cheap to make, which is always a bonus.

Now, if you’ve never worked with dried beans before, don’t be intimidated.  They’re surprisingly easy to prepare using a couple different methods, depending on how much time you have.

For either method you choose, you’ll want to start by rinsing and sorting the beans.  Basically, just dump them into a colander and run some water over them while you search for tiny rocks (yes, I’ve found some before) or yucky looking beans.

Next, dump the rinsed beans into a pot and cover with about two inches of water for soaking. Remember that the beans will swell as they soak, so be sure your pot is large enough for the amount of beans you’re using.

If you think ahead (which I rarely do), you can put the beans in the pot with the water before you go to bed and let them soak overnight, or for at least eight hours.

If you’re like me and suddenly remember in the middle of the afternoon that your family is going to expect dinner in just a few hours (the nerve of them!), you can use the “quick soak” method.

Subscribe to SMALL DOSE DECLUTTERING and get simple tips every week to turn your house into the uncluttered home you didn’t know was possible…and it’s 100% FREEEEE!

Your email is safe with us. We wouldn’t dream of sharing it with anyone else!

To “quick soak” the beans, after you dump them in the pot with the water, put them uncovered on the stove over hight heat. Once they come to a nice rolling boil, set your timer for two minutes.  When it beeps, remove the pot from the heat, cover with a lid, and let them set for an hour.

I also usually add a small spoon of baking soda to the pot right before I put on the lid because I’ve heard it reduces the gassiness. I don’t know if it works or not, but I figure it’s worth a shot.  (By the way, don’t be surprised when the water fizzes up as soon as the baking soda hits it.  The bubbling only lasts a few seconds.)

When the beans are finished soaking, dump them in a colander and give them a quick rinse with cool water.

To make the soup, dice a carrot and a stalk of celery.  I like to dice them pretty small, since they’re almost a garnish next to the star of the show.

Heat a couple tablespoons of oil in the bottom of your soup pot (this is my absolute favorite pot for making soup) and cook the veggies until they’re tender, but not browned.

If you’re short on time when you’re starting to make the soup, you can hold off on cooking and adding the veggies.  I’ve often cooked the beans first and then softened the carrot and celery in a separate skillet before adding them to the nearly-finished soup.

Once the veggies are tender, add the drained beans to the pot and get ready to pour in my “secret ingredient.”  I’ve found that the very best way to have a flavorful bean soup is to use packaged or homemade chicken stock.

This soup is still pretty good if you use just water and cook it with a ham bone or ham hock (or even some bacon grease, in a pinch), but the chicken stock makes it so rich and flavorful that it might make you cry.  It’s worth trying if you’ve never cried over a pot of soup before.

Next, nestle a ham hock or ham bone down into the broth.  I always save the bone when I make my Simple Glazed Ham for a holiday dinner (freeze it if it’s not being used right away). A ham hock from the meat department will also do the job, and it adds a nice smokey flavor, too.

Then, turn the stove to high or medium-high and bring the pot to a boil.  Once it starts boiling, turn it down and let it simmer (just barely bubbling) for the next few hours.

You can leave it uncovered, cover it, or put a lid on it just halfway so the steam escapes.  I always forget what is the “right way” to do it, and I’ve never had a pot of soup ruin because I did (or did not) use a lid. Just follow your heart.

Stir the soup occasionally and start checking the beans for doneness after about an hour and a half, but expect it to take about three hours for them to fully cook. They should be very tender and creamy.  Not hard and not mushy.

If they aren’t done after checking them the first time, check them at half hour intervals. If you’re checking them early and often, you’ll know if you should turn down the burner, turn up the burner, or add a little extra liquid.

When the beans are finally cooked, remove the ham hock or bone and let it set on a plate for a few minutes until it’s cool enough to handle.  Pick off whatever meat you can find and stir it back into the soup.

Finally, bake some Everyday Biscuits or dinner rolls, ladle this deliciousness into bowls, and surprise your family with the news that bean soup really can taste this good! 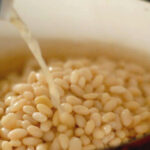 This really is the best Nave Bean Soup. It's so very rich and full of flavor. Your entire family will ask for more! 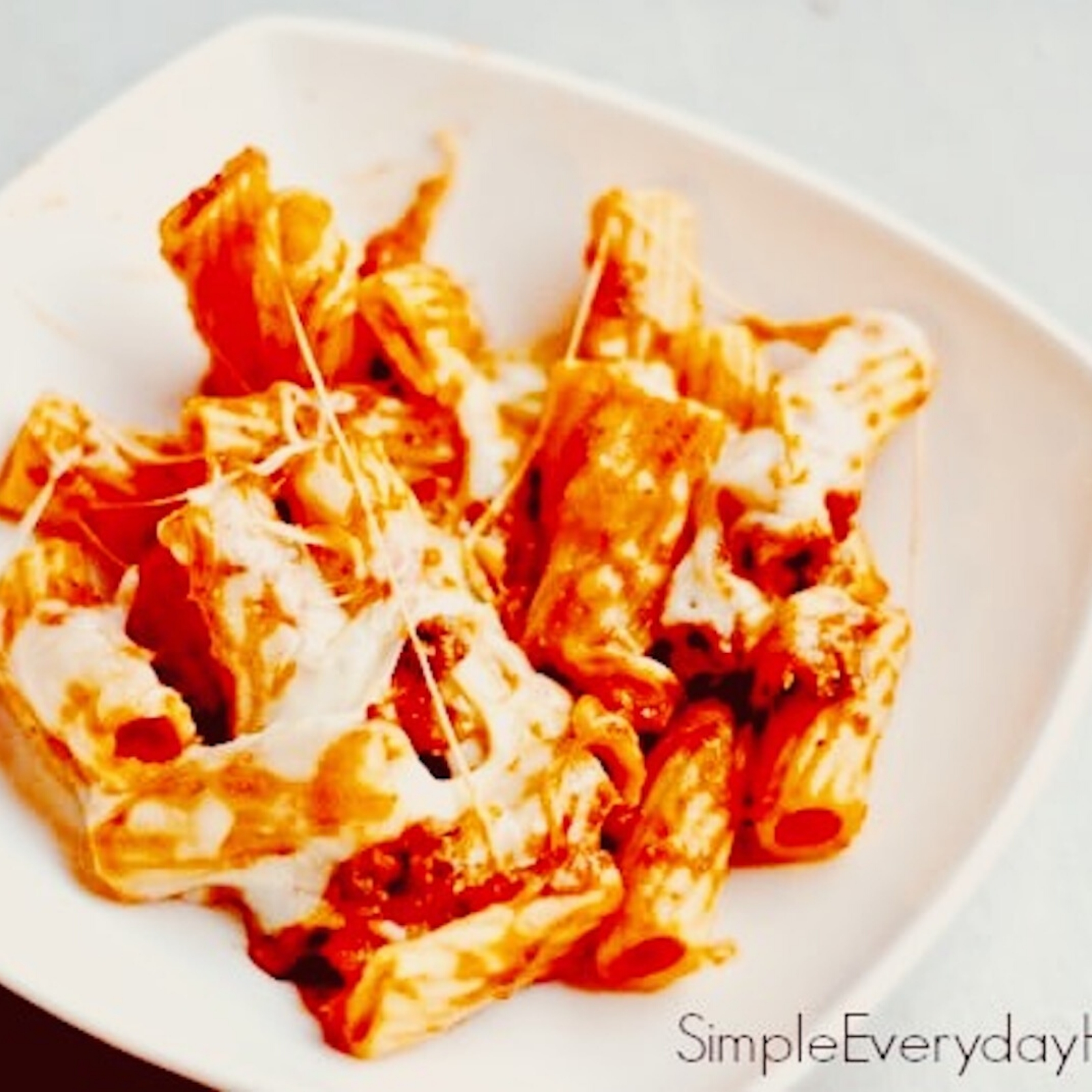 This Baked Rigatoni Recipe is so cheesy and delicious that it will quickly become a family favorite. Plus, it’s so easy to make that you’ll want to add it to your menu again and again! This is one of those recipes that’s almost too simple to share, but is too much of a favorite not to…. 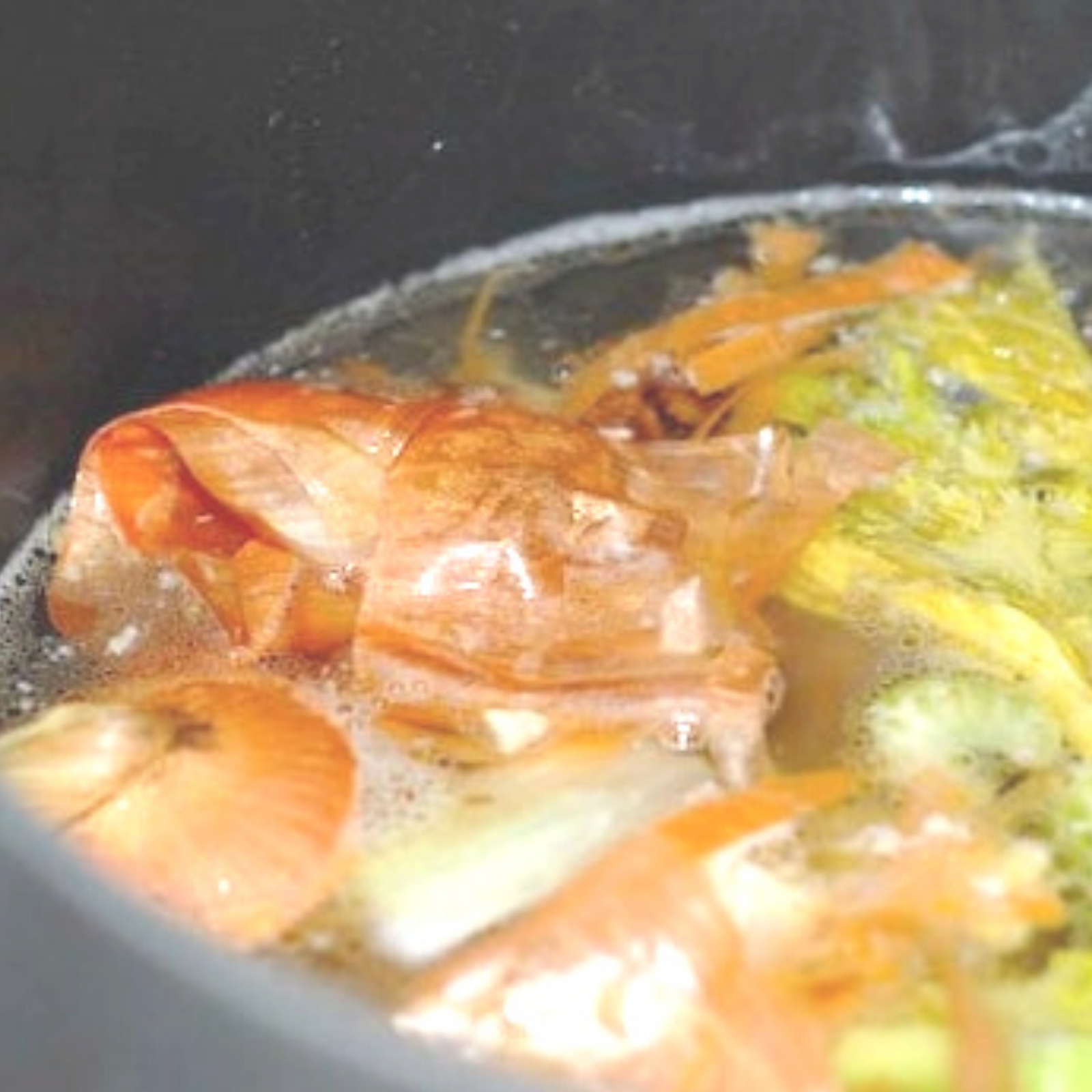 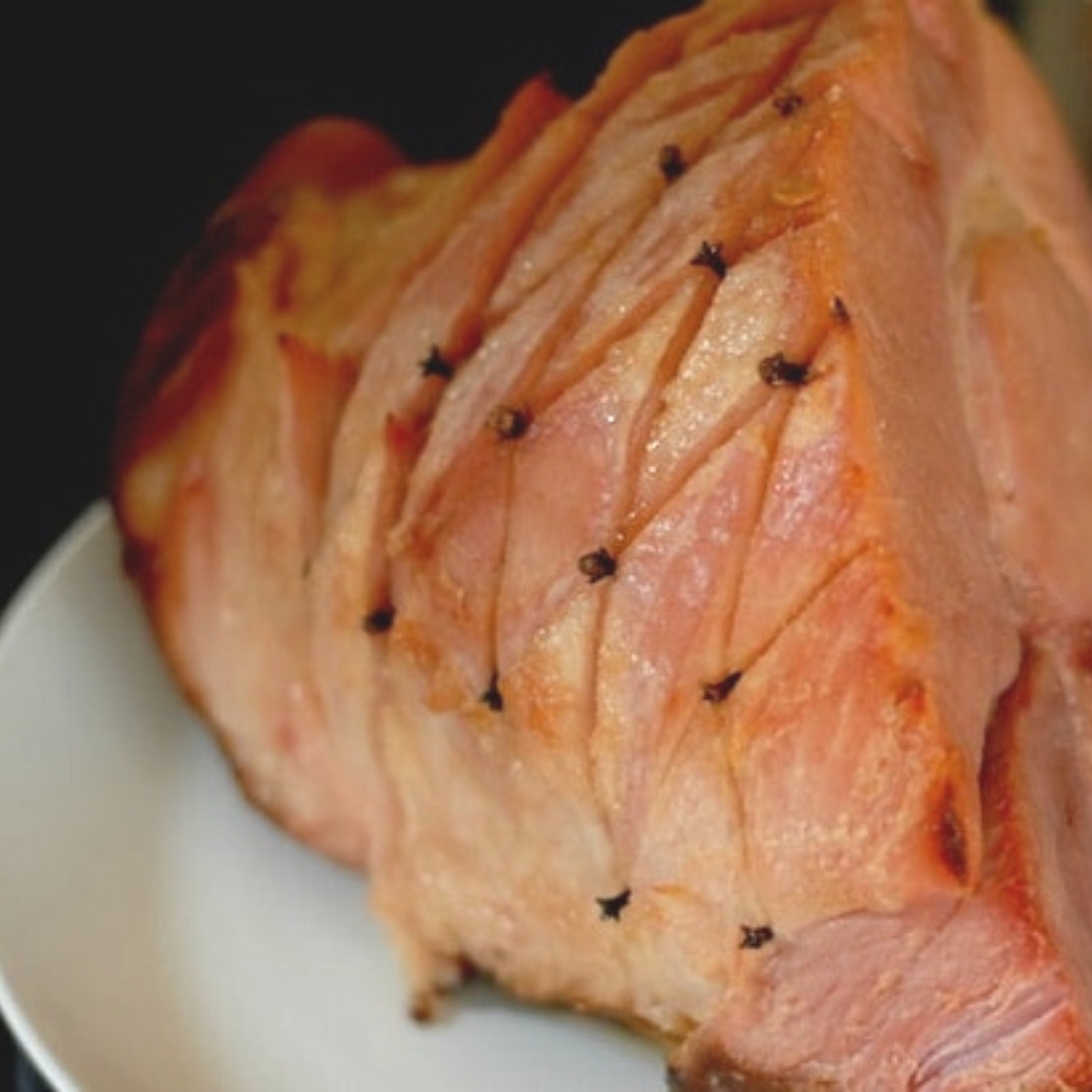 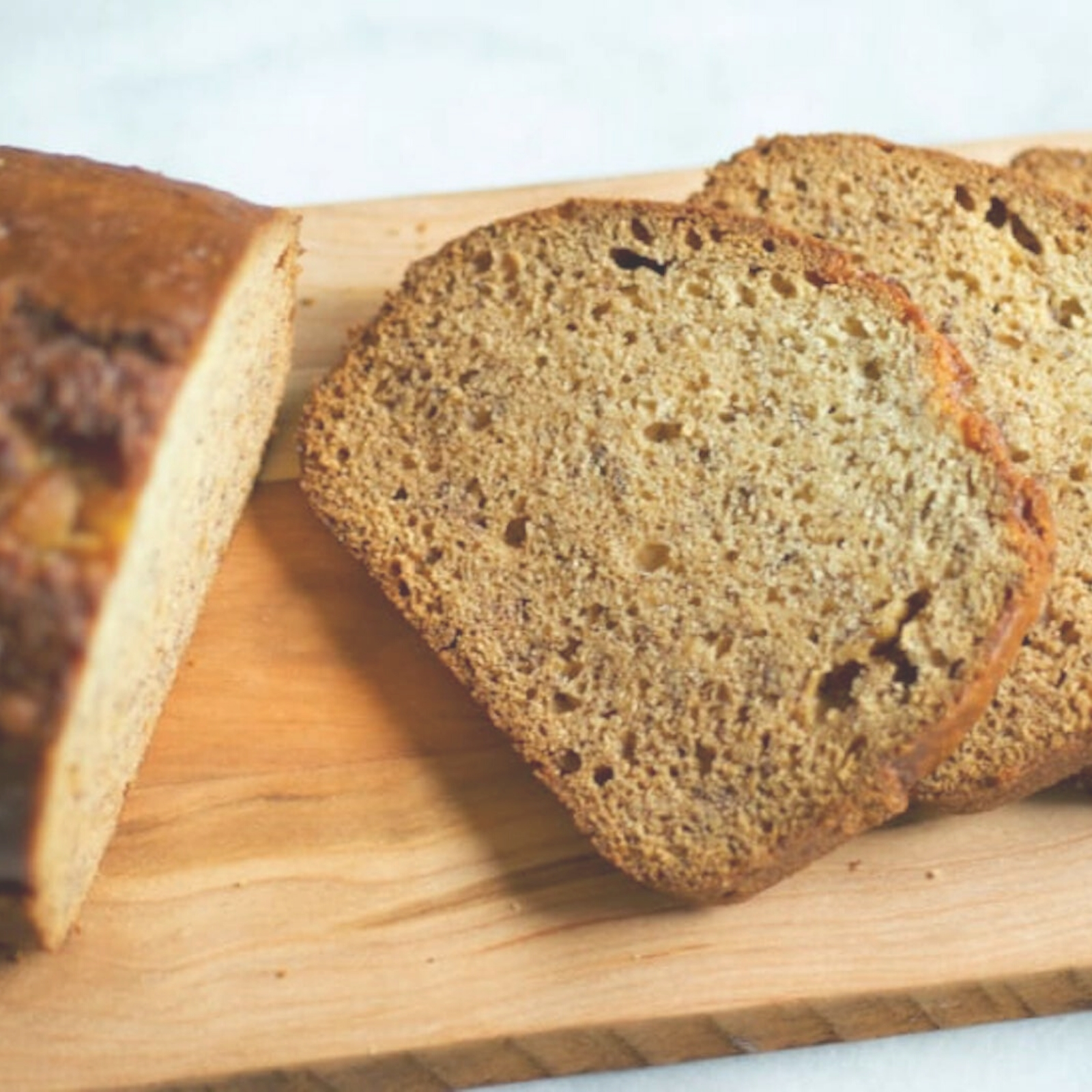 This Banana Bread Recipe Using Frozen Bananas is everyone’s favorite. It’s so simple to make and the entire family will love it! I’m a banana bread snob, and I’m not afraid to admit it.  Seriously, this is the only banana bread I’ll eat, and it’s certainly the only kind I’ll make. (See? Total snob!)  This… 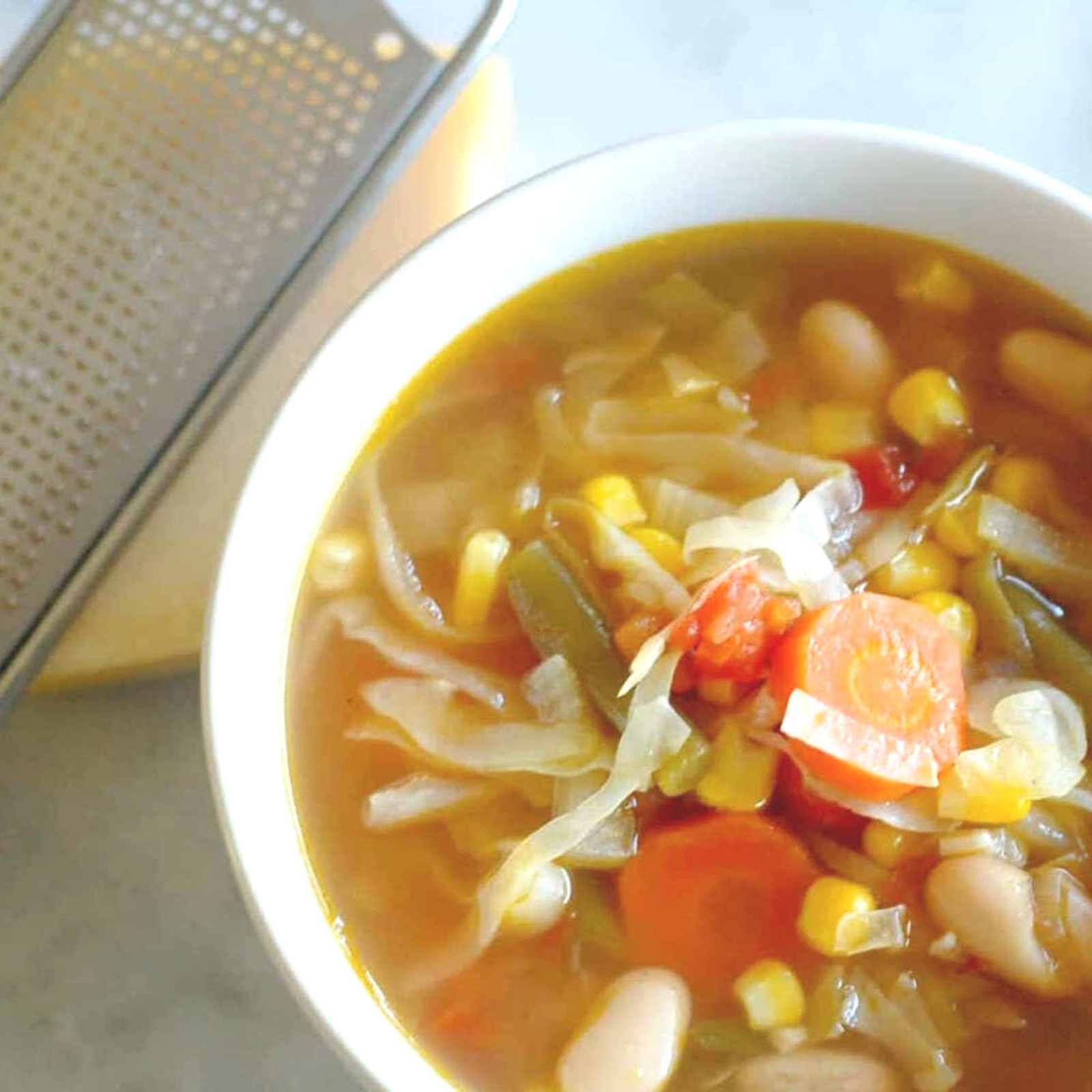 This Simple Vegetable Soup comes together very quickly, and it’s packed full of flavor and nutrition. It’s an easy and delicious weekday meal! My husband is on a kick to get healthy, and I think he really means it. Seriously, we have a full-size bike in our bedroom hooked to some kind of contraption that makes… 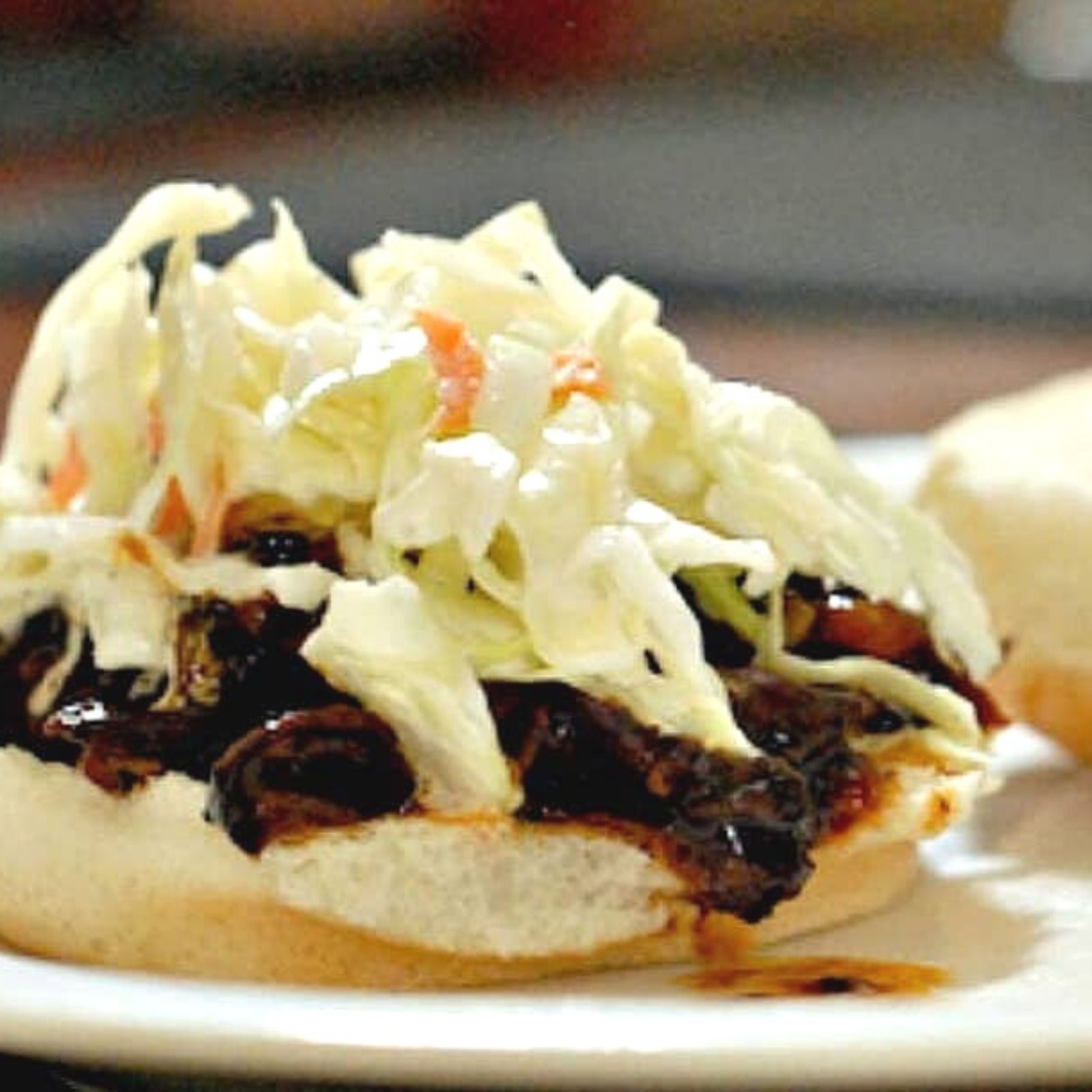 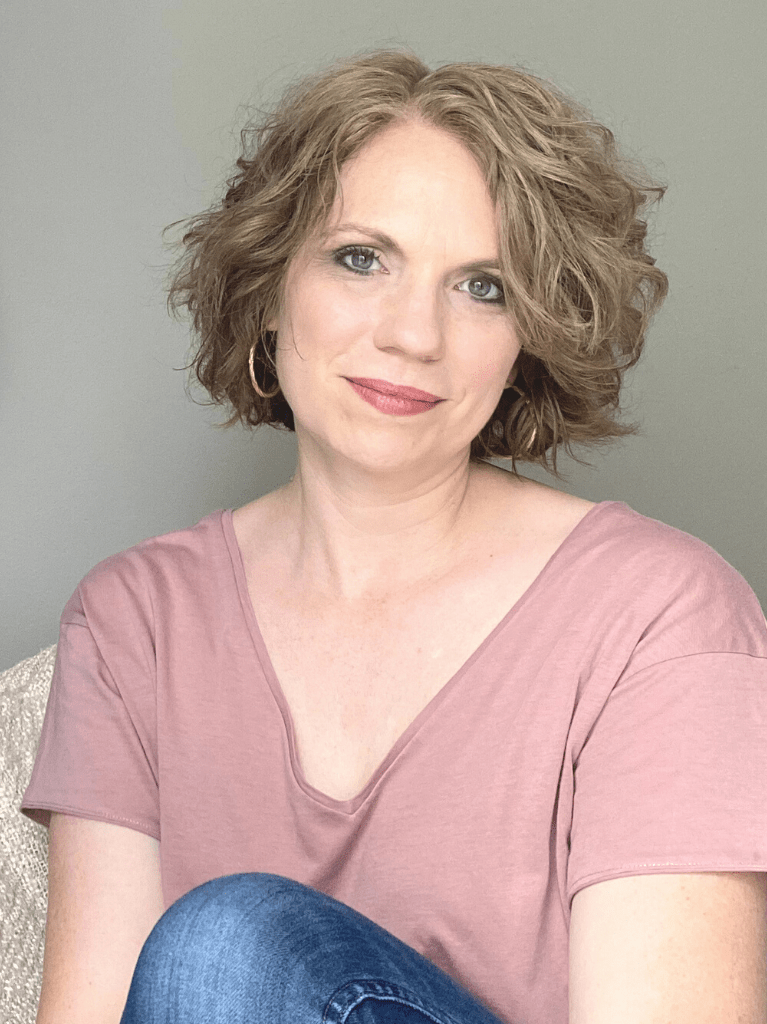 I’m a wife, mom, writer, founder of Simple Everyday Home, and a decluttering coach who knows the struggle is FOR REAL. I’m dedicated to helping you turn your house into the uncluttered home you’re not even sure is possible (it is – I promise!). My favorite food is hot tea with milk. I’ve watched Pride and Prejudice – yeah, the six hour one – at least 864 times. And I was voted my puppy’s favorite human three years in a row.